The Covid-19 Pandemic in Iran 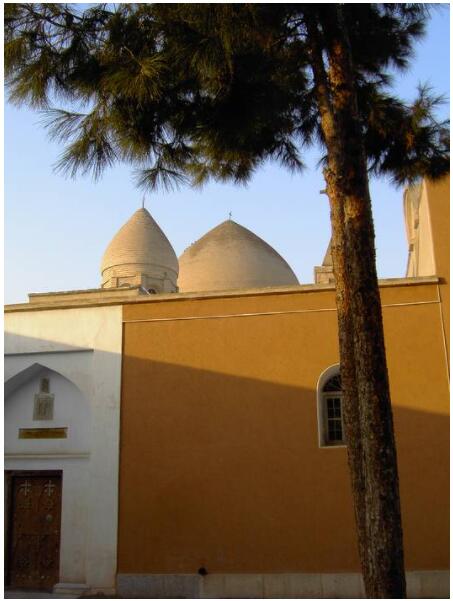 Covid-19 first spread to Iran in the Middle East, with the first two cases officially known on February 19, 2020. The number of infected people has risen steadily since then and 6 weeks later was already over 44,000 with officially more than 2,800 deaths. In May 2020, the state media reported then just over 150,000 Infected with nearly 8,000 deaths, while in September already over 400,000 infected were recorded, with about 23 o’clock dead. Initially, Iran was among the four countries most severely affected by Covid-19. it was in 12th place in May 2020. Regardless, Iran remains the Middle East’s hardest hit country. However, these numbers were not verifiable and therefore reliable from the start, according to the Emergency Director of the World Health Organization (WHO), Rick Brennan, the actual numbers could be five times higher. During the first wave of invections, the virus spread particularly strongly in the central Iranian provinces of Qom and Esfahan, Gilan and Mazandaran on the Caspian Sea and in the capital Tehran. The Iranian leadership was also affected at an early stage, such as the Vice President for Women and Families, Masoumeh Ebtekar, and the Vice Minister of Health, Iradsch Harirchi, fell ill. The provinces of West Azerbaijan, Busher, Hormuzgan, Kerman, Kermanshah, Kurdistan, Zanjan and central Khorasan are particularly affected by a current second wave of infections. Regardless of this, the desire for normality is growing in Iran, and especially on the part of the government in order not to harm the economy any further and – above all – to demonstrate the government’s ability to act and its success. Accordingly, the official figures for the second wave of infections are only partially reliable and there are allegations that the Iranian government continues to consistently give too low figures. The fear of increasing the already considerable dissatisfaction in parts of society can still be assumed as the primary reason.

The first round of parliamentary elections on February 21, 2020 took place as planned, but the second round has now been postponed by the Guardian Council from April 17 to September 11, 2020 as part of the measures to combat the epidemic. Presumably, the fact that voter turnout had dropped to a historic low of only 42.6 percent favored the decision of those in power. The Iranian interior minister, Abd al-Reza Rahmani Fazli, related the two events and described the turnout as quite acceptable given the outbreak of the epidemic. On February 23, all schools, universities, cultural centers, sports facilities and cinemas in the country were closed, initially for just one week, later the closure was extended to an initially indefinite period. Mosques, shrines and graves of important persons of Shiite Islam were and are also affected by the closings, areas of public life that are naturally particularly problematic for the Islamic Republic; However, also areas over which Covid-19 has spread particularly quickly. This is especially true of the important shrines in Qom and Mashhad. However, according to the Iranian government, the mosques should open again at the end of May 2020. In addition, the sale of respiratory masks to non-medical personnel was banned at an early stage, at the same time it was announced that the production of such masks and protective clothing would be increased and research into tests for Covid-19 would begin. In order to relieve the overcrowded prisons, around 100,000 prisoners were temporarily released or pardoned on March 17 and 18, 2020, including political prisoners and people convicted of espionage. Regardless of this, the situation remains critical, especially in Iranian prisons.

According to thereligionfaqs, shops and markets remained open until the celebration of the Iranian New Year of Nouruz on March 21st, in order to contain the economic damage and – presumably – to keep the image damage of the regime under control, since Nouruz is of central importance in Iranian culture. Last but not least, the sales of the Iranian economy and especially of the retail trade usually rise sharply before Nouruz and should not be jeopardized further in the already tense situation. The Iranian economy has been under severe pressure since the gradual resumption of sanctions in 2018. In addition, Covid-19 affects precisely those areas that are less affected by these sanctions than others, such as cross-border trade with Iraq. After Nouruz, the shops were closed, especially in Tehran.

Another problem – not only in Iran, but for Muslim societies and communities worldwide – is the funeral of COVID-19 victims, as part of which the funeral regulations and rituals cannot all be carried out risk-free. This concerns, for example, the ritual washing of the deceased by the family members. In addition to personal hardship for the families concerned, this current impossibility of carrying out burials accordingly also represents a legitimation problem for the Islamic Republic, which has always presented itself as the guardian of Islamic rules. To counter rumors that the dead would be buried in mass graves, Iran recently posted videos of its own of burials in one of the important cemeteries in Qom, which are supposed to prove the opposite.

The Iranian leadership confirmed early on that the country did not need any foreign aid to cope with the crisis, referring to the statement by WHO Director General Tedros Adhanom Ghebreyesus that Iran was doing its best. Indeed, medical equipment and expertise in Iran are up to date. While Iran was still accepting supplies of materials from the WHO and Russia at the beginning of March, the collaboration with the NGO Médecins Sans Frontières, which had sent a mobile hospital and medical team to Esfahan, began on March 24th canceled after only three days. Presumably this was intended to demonstrate independence. On the other hand, Iran asked the International Monetary Fund for emergency aid back in March 2020 in the billions. At the same time, there was public speculation in the Iranian state media as to whether the virus could be an American bioweapon that was specifically tailored to the Iranian genome. Abbas Mousavi, spokesman for the State Department, rejected offers of help from the US as hypocrisy and instead accused the US of “economic and medical terrorism” in relation to the sanctions. The Iranian leadership is currently making increased efforts to suspend the sanctions in view of the pandemic, and the United Nations High Commissioner for Human Rights, Michelle Bachelet, has also spoken out in favor to “relax or suspend sanctions, as obstruction to medical efforts in the context of a global pandemic increases the risk to [the world community]”.

On March 30th, the Ministry of Defense presented a rapid test developed in Iran, which is now going into production and will also be offered internationally.