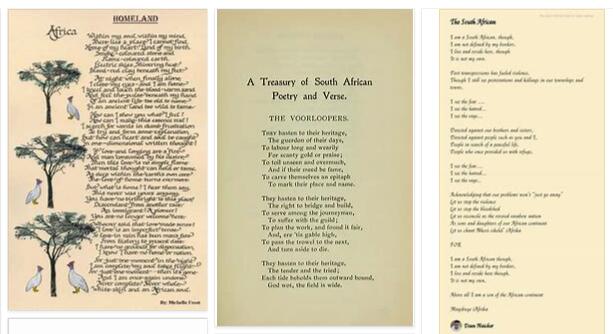 All this also characterizes the white poetry of the next generation, excellently represented by D. Livingstone (b. 1932) and P. Cullinan (b. 1932). The black poets are struggling to make their way, and only towards the end of the nineteenth century do they begin to find space in the nascent local press. With the composure of English poetic forms they mainly deal with the themes of the African tradition, its heroes, rebellion and resistance against the colonizers. In this period we distinguish E. (Es’kia) Mphahlele (b.1919) and P. Abrahams (b.1919), better known as narrators, WMB Nhlapo, resolute cantor of revolutionary hope (Come, Freedom, come!, 1950), and HIE Dhlomo (1905-1945), whose proud and booming voice anticipates 1950s motifs in the epic poem The valley of a thousand hills (1941) and in poems such as Dream of Africa (1944), in which the drum stands as a symbol of unity and the longing for freedom of its people. Drum magazine would soon give impetus to all black literature, to poets like C. Themba (1924-1968), who lamented the disintegration of black urban culture and gave voice to the hopes raised by the independence of Ghana (1957). The theme of exile, destined to become endemic together with that of protest, is treated with touching accents by Mphahlele in Exile in Nigeria, published in Black Orpheus in 1959.

The 1960s began with the Sharpeville massacre, the banning of the African National Congress and the beginning of the armed struggle. Censorship becomes extremely strict, many writers are imprisoned, exiled or forced to leave the country. Robben Island, where Mandela and D. Brutus among others will be incarcerated, acquires sinister fame as a symbol of oppression, ” the hell of frustration ” described by DM Zwelonke in the novel Robben Island (1973). The themes of exile and the deprivation of liberty, the terrible conditions, the oppression and abuse of the warders and the prisoners themselves are recalled by Brutus (n.(1970), moments (together with Stubborn hope, 1978) of his obstinate and dramatic human and artistic journey. Moments of regret and nostalgia for the beloved woman or for distant loved ones alternate with outbursts of anger and protest also in the verses of A. Nortje (1942-1970), M. Kunene (b. 1930), W. (Bloke) Modisane (b. 1924) and C. Pieterse. The cultural commitment, which accompanies the emergence of black consciousness, is characterized by the emergence of prominent poets.

To remember D. Brand, wittily ironic (Africa, music and show business, 1967); O. Mtshali (b.1940), who in his agile and sharp verses recovers the Zulu tradition (The birth of Shaka) to the liberation movement, and raises the places where blacks have shed blood as an emblem of the impossibility of suffocating their voice (Carletonville, 1974); P. Horn – Voices from the Gallows tree (1968) and Walking through our sleep (1974) – which underlines the impropicity of apartheid. The publication of the volume Sounds of a Cowhide drum (1971), of Mtshali, of Yakhal Inkomo (1972) of M. Serote (n.1944) and of some anthologies (To whom it may concern, 1973; Black voices shout! , 1974, banned), is a clear sign of the nascent interest of publishing for the poetic flowering that characterizes these years. For South Africa 2002, please check commit4fitness.com.

The tragic events of 1976 herald a drastic turning point for poets. As M. Gwala (b.1946) writes, hope is now strengthened by the tears of Soweto, which becomes a symbol and metaphor of the most radical involvement in political action, also found in a more colloquial language, closer to the spoken language, more oriented to reading in public. The boundary between poetry and propaganda becomes particularly thin, but there is no lack of works in the Eighties and Nineties (Jol’iinkomo, 1977, and No more lullabies, 1982, by Gwala; Fireflames, 1980, by Mtshali) and authors, not only blacks, in which a natural and profound sense of art prevails over a committed and deliberately functional aesthetic, geared above all to overcoming “the victim syndrome” and informed by black consciousness: S. Sepamia (b.1932), author of I remember Shaperville (1976), tends with his poems (The Blues is you in me, 1976; The Soweto I love, 1977; Children of the earth, 1983) to transcend contingent political urgencies and to reflect on the hypocrisy and guilt by which whites are gripped (Nibbling, 1974); M. Mbuli; M. Langa; NS Ndebele (b. 1948), one of the most significant narrator, critic and poet; K. Kgositsile, supporter of the aesthetic values ​​of poetry; E. Patel (b.1943), original experimenter of shapes and meters (The bullet and the bronze lady, 1987). A fascinating aspect of the more recent poem is the emergence of voices that are less and less distinguishable by skin color. This is the case of white poets such as B. Breytenbach (b. 1939), arrested in 1975 for terrorism and sentenced to nine years (And death white as words, 1978; Judas eye, 1988); S. Gray (b.1941), one of the most acute contemporary critics, with the collections Hottentot Venus and other poems (1979), Apollo Café and other poems (1989) and Season of violence (1992); J. Couzyin (b.1942), Christmas in Africa (1975) and Life by drowning (1983); J. Cronin (b. 1949), who paid for his political commitment with a long and harsh imprisonment, which inspired the collection Inside (1984); C. van Wyk (b. 1957), author of some of the best known protest poems (About Graffiti).

Like that of poetry, the evolution of fiction is also marked by political and social problems linked to apartheid. The short story is the most congenial expression, precisely because it is closest to the oral tradition, but the form in which South African literature reaches an international audience is the novel. 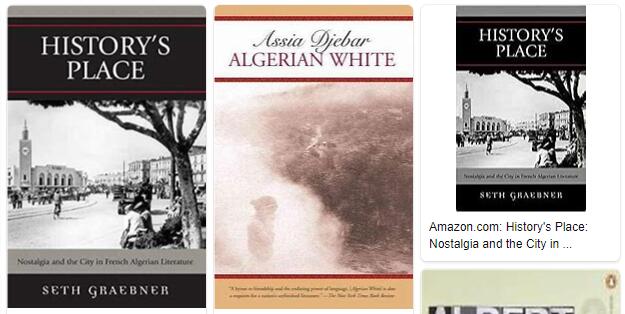