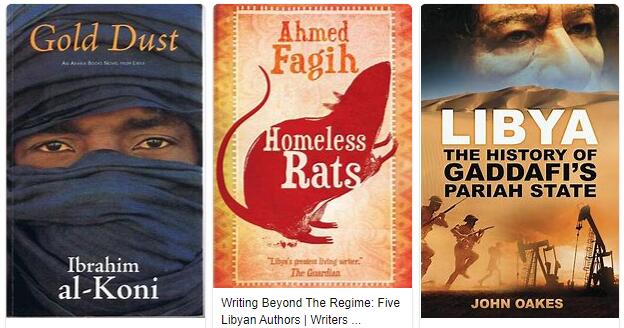 Demography and economic geography. – State of North Africa. The Libyan population in 2014 stood, according to an estimate by UNDESA (United Nations Department of Economic and Social Affair), to 6,253,452 residents, an increase compared to 5,673,031 residents of the official census of 2006. The growth process has slowed down in recent years, due to the lowering of the fertility rate from 3.3 to 2.4 children per woman. As a result, most of the population is between 20 and 34 years old. An important component of the demographic dynamics is constituted by the contribution of immigrants who, according to United Nations data (2014), represent 12% of the Libyan population, attracted by the job opportunities offered by Libyan extractive industries. Moreover, Libya constitutes a migratory bridge towards Italy and Europe for all sub-Saharan populations. Most of the population lives in cities (Tripoli, Benghazi and Misrata are among the most inhabited).

2011 marked a watershed date for Libya, not only for the government of the country but also for the understanding of the socio-economic framework. Illiteracy almost completely defeated, under Muammar Gaddafi a large water network called the great artificial river was partly built, which was to solve the drought problems in Benghazi and Sirte. Access to water had significantly improved, with nearly 80% of the population served in 2009. The outbreak of the conflict resulted in severe damage to infrastructure and halved the water supply. The mining industry also suffered significant damage, with very heavy repercussions on the trend of exports and the formation of GDP. Oil, in fact, affects exports for 90%, GDP for 80% and state revenues for over 95%. If before the civil war, Libya was the seventeenth oil producer in the world (84,878,000 tons), subsequently the extraction and marketing capacity underwent a devastating swing, which heavily influenced the government’s work. Despite this, the estimates on GDP of 2013 show a significant increase compared to 2007. Healthcare expenditure remains considerable (4.3% in 2013) and life expectancy is 75.3 years (2013). Oil revenues, although uncertain at the moment, make it possible to keep the trade balance strongly in surplus, in which the main partner remains Italy, even if China’s entry onto the African scene has an increasing share. Given the importance of the extractive industry and the concomitant lack of private initiative, the economy is almost completely controlled by the state. The Libya, beyond the political contingency, remains heavily dependent on foreign countries as regards food and presents a very little diversified industrial framework, with the exception of the steel plant in Misrata.

Literature. – Libyan writers, during the regime of Muammar Gaddafi, were forced to develop writing strategies to avoid any direct conflict with the authorities, while still managing to produce literature appreciated in the rest of the Arab world and internationally. Many authors have chosen exile as an alternative to a complicated internal situation. Libyan poetry has expressed various authors, including ῾Āšūr al-Ṭuwaybī (b.1952), whose poetry is both linked to tradition but also innovative as evidenced by the collections Ṣundūq al-ḍaḥakātal-qadīmah (2005, The trunk of the old women laughter), Fī ma῾rifat al-kā᾽ināt wa al-ašyā᾽ (2010, On the knowledge of living beings and things); Sālim al-῾Awkalī (b. 1960), known for his love poems; Layla al-Nayhūm (b. 1961), appreciated for her ironic streak; Ġāzī al-Qiblāwī (Ghazi Gheblawi, b. 1975), author of poems and short stories, here lives in London where he created the cultural blog Imtidad. For Libya 2007, please check extrareference.com.

To these is added ge Khaled Mattawa (b.1964), emigrated to the United States and considered one of the major Arab-American authors, who wrote in English the collections Zodiac of echoes (2003), Amorisco (2008), Tocqueville (2010 ). Protagonists of Libyan fiction are Aḥmad Ibrāhīm al-Faqīh (b.1942), who completed in 2007 the historical novel in twelve volumes Ḫarā᾽iṭ al-rūḥ (The maps of the soul), and Ibrāhīm al-Kūnī (b.1948), author of over eighty works, interpreter of the Tuareg identity and cantor of mysticism and spirituality of the desert.

Other important voices of Libyan fiction are those of the intellectuals imprisoned in the seventies such as Ǧum῾ah Buklīb (b.1952), Manṣūr Būšnāf (b.1954), who published the novel Sarāb al-layl… al῾ in Cairo . alakah (2008, Night mirage… chewing gum) an ironic criticism of Gaddafi’s dictatorship that was immediately banned by the regime, ῾Umar al-Kiklī (b.1953), author of Siǧniyyāt (2012, My prisons) which collects the memories of the years spent in prison. The next generation sees among its major exponents Muḥammad al-Aṣfar (b.1960), whose allegorical writing is exemplary of the efforts of Libyan writers under the dictatorship, and young authors such as Razān Na῾īm al-Maġribī (b.1973), author of Nisā᾽ al-rīḥ (2010; trad. It. Women of the Arab wind, 2011); Muḥammad al-Miṣrātī (b. 1990), who established himself as the main interpreter of Libya after 2011 with the collection Maršābīdī (2014, Sidewalks). Hisham Matar (b.1970), Anglophone, exiled in London, is instead the best-known voice of Libyan fiction in English with the novels In the country of men (2006; trans. It. None in the world, 2008), Anatomy of a disappearance (2011; trans. it. Anatomy of a disappearance, 2011).