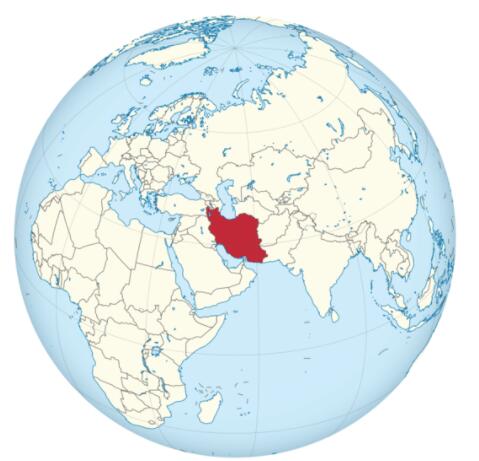 Iran’s relations with its neighbors are significantly older than the Islamic Republic, and mostly their roots go back to the time before the emergence of the modern nation-states. Accordingly, the circumstances are often burdened, and usually more negative than positive. In addition to their respective strategic, political and economic interests, Iran’s relations with its neighbors are primarily influenced by two factors: 1) The assessment of Iran (and no fewer than Iranians), Arabs and Turks to be “surrounded” and to be on your own, as well as the not insignificant self-confidence that Iran (and, again, quite a few Iranians) draw from this unique selling point and communicate it accordingly. 2) The fact that, as a Shiite state, it is surrounded by predominantly Sunni states and thus “encircled” in turn. The fact that Shiite Alawis have ruled Syria for decades and that in Iraq, too, predominantly Shiites have taken central political positions since 2003, has fundamentally changed nothing. Against the background of these historically evolved conditions, which only have a limited effect on daily politics (for this see below), the Islamic Republic positions itself vis-à-vis its neighbors and interacts diplomatically with them.

According to militarynous, Iran has had diplomatic relations with Syria since 1946. As a rule, these were comparatively good, both before and after the Iranian revolution of 1978/79. An important reason for this has long been the unifying competition between the two countries with Iraq, which lies between them, also for different reasons. After the revolution, relations significantly improved, the reasons are now common hostility to Israel, Syria’s role as a connecting element of the Iranian policy in Lebanon, with its large Shiite minority, as well as ideological and political similarities between the Islamic Republic and the ruling Syrian Alawite, also a form of Shiite Islam. Syria was the third country that the Islamic Republic recognized diplomatically. In recent years, the Syrian civil war has dominated diplomatic relations between the two countries, with the Islamic Republic firmly on the side of Bashar al-Assad from the start. Iran is trying to support the Alawite rule through the formation and formation of Shiite militias, arms deliveries and financial support, in order to both gain its own access to Lebanon and to continue to exert pressure on Israel via the local Hezbollah. Religious tourism is an important economic factor in the relations between the two countries, and particularly for Syria. In the course of this, many Iranians visit the Shiite shrines in Syria,Sayyida Zaynab or the Umayyad Mosque in Damascus, which is said to be the head of the third Shiite imam.

The Iranian-Iraqi border is (with minor changes) one of the longest existing borders in the world, its definition essentially goes back to an Iranian-Ottoman peace treaty of 1639. Regardless of this, diplomatic relations have long been bad, especially since the fall of the Iraqi monarchy in 1958 and Iraq’s departure from the so-called ” Baghdad Pact “. The central sources of conflict were (and sometimes still are) the border along the Shatt al-arab river(Pers. Arvandrud), control of the Iranian southwestern province of Khuzestan, which is predominantly inhabited by Arabs, and the position of the Iraqi Shiites. Interrupted by the mutual war (1980-88), relations only improved again after the fall of Saddam Hosein in 2003. Since then, Iran has played a key role in rebuilding the Iraqi economy, and the Iraqi-Iranian trade volume is large and continues to grow. Religious tourism plays an even more important role here than in the case of Syria, as the most important Shiite pilgrimage sites are in Iraq, especially in Najaf and Karbala south of Baghdad. The Iranian visitor numbers are consistently high, with corresponding importance for the diplomatic relations of the two countries. However, in recent years there have been repeated expressions of discontent on the Iraqi side against allegedly excessive Iranian influence, sometimes in the form of violence.

Although diplomatic relations with Saudi Arabia have existed since 1929 (actually active only since the 1960’s), these were rarely good or at least free of tension. Before the Iranian revolution, the main focus was on a mutual arms race and the controversial possession of some islands in the Persian (or Arabian) Gulf between the two countries, but after the revolution the conflict between the Sunni-like Wahhabi character in Saudi Arabia and the Iranian Shia finally emerged the focus of the arguments. These have their own history due to raids by Saudi tribes against the Shiite sanctuaries in what is now Iraq in the early 19th century. Against the background of this religious contradiction, the last few decades between the two countries have been about supremacy in the region, which both Saudi Arabia and Iran claim for themselves. In order to expand their own position, both countries tried to use most of the conflicts of the last few years and decades for themselves. This is essentially true of the Iran-Iraq war in the 80’s of the last century to the current conflict in Yemen. Relationships were further damaged by further incidents, in particular a confrontation between Iranian pilgrims to Mecca and Saudi security forces in 1987, in the course of which several hundred pilgrims were killed. As a result, diplomatic relations between the two countries were suspended in 2016. After the execution of a prominent Shiite cleric in Saudi Arabia in January this year, the events had overturned: In Tehran, there were riots around the Saudi embassy, after Saudi Arabia established diplomatic relations broke off. Bahrain and Sudan attracted little later after, The United Arab Emirates at least withdrew their ambassador.

Afghanistan and Iran share historical, ethnic and linguistic similarities. Today’s Afghan national territory was part of many Iranian empires, there are similar ethnic groups living in the south-eastern regions of Iran and the neighboring Afghan areas in particular, and the Persian (Farsi) spoken in Iran and the predominant (Dari) language in parts of Afghanistan are two different language levels of the same language. However, these commonalities are always the subject of latent disputes and can be appropriately instrumentalized at any time, whereby in such cases it is mostly historical territorial claims or the current course of certain border sections. Iran’s diplomatic relations with Afghanistan have existed since 1935, but have been strained time and again and have sometimes been interrupted. In addition to the issues of security (in Afghanistan) and migration (from Afghanistan to Iran), diplomatic relations revolve around the still unresolved issue of water rights over the Helmand-River that flows in changing courses from Afghanistan to Iran and the flow of which is a constant source of conflict. In addition, there are constant tensions between the Islamic Republic, which sees itself as the patron of the Afghan Shiites, and the various Afghan governments, in which conservative and fundamentalist Sunni organizations were involved in various functions, above all the Taliban.