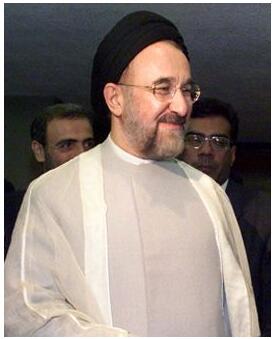 After the controversial elections of 2009, Iran reappeared in the international public. The domestic political situation came to a head and, especially in the months immediately after the election, the state was unable to calm the situation down and channel the long-pent-up frustration of many citizens. Time and again there were clashes between demonstrators and the state power in the country’s large cities, which also intensified. From the beginning, the police and the paramilitary units of the Basij militia cracked down on the demonstrators, leaving them dead and injured. After a while, the demonstrators became increasingly violent and directly attacked the security forces.

From the beginning, the “opposition” (which in fact comprised a large number of very different groups) led the dispute primarily through the media, as it was never up to the state on the street, but in return it was never able to use the Internet completely to control. So the opposition saw their chance there. With the death of Neda Agha-Sultan in June 2009, the media controversy reached its first climax. The young woman, who was shot during a demonstration under circumstances that have never been fully clarified, quickly became an icon of the resistance, the video of her death went around the globe. The importance of the Internet for the opposition also became apparent some time later after the arrest of the student Majid Tavakoli. After then, the police claimed We are all Majid  on the Internet.

However, these developments not only showed the dissatisfaction of broad sections of the (urban) population, they also revealed deep cracks within the system. The lines of conflict ran primarily along the question of how the future of the Islamic Republic was to be secured. The new power center seemed to be formed more and more by the Revolutionary Guards, which more and more determined political events. They continued to oppose any opening of the system and tried to restore the strict rules that had been enacted after 1979. In addition, they tried to strengthen their power and thus to curtail that of the religious and legal scholars, the old elite of the system. Opposite them stood a rather pragmatic group around the former political figures Rafsanjani, Khatami and Musavi, who pleaded for an opening of the system towards the discontented. The theological legitimation, which continues to be important in Iranian politics, received the latter from the Grand Ayatollah, who died in late 2009, Montazeri, who repeatedly criticized the actions of the state power and even denied legitimacy to Khamenei’s revolutionary leader. The fact that Khatami was even physically attacked and Musavi was threatened with proceedings for high treason showed that no one, not even deserving veterans of the 1978/79 revolution, was still considered inviolable at this time.

Towards the end of 2009, however, the situation on the street had visibly relaxed again. There have been no major clashes since Montazeri’s funeral in December this year, during which there were again violent clashes between participants in the event and state security forces. “Jerusalem Day”, the last Friday in the fasting month of Ramadan, on which the Islamic Republic traditionally organizes major public events against Israel, could no longer be used by the opposition for larger demonstrations.

There were many reasons for this at least superficial relaxation. One of the most important must have been the harshness with which the state put an end to the demonstrations and treated those arrested. This approach had not failed to have a deterrent effect. In addition, after it looked for a short time that it was actually possible to overthrow the Islamic Republic, many demonstrators had to realize that in the end they had never really been able to corner the state. According to hyperrestaurant, the Islamic Republic had and continues to have many more followers than was suggested in the western media at the time. This is not least due to the fact that the state has very cleverly distributed its money from the start and, above all, has distributed it very widely and can therefore continue to retain people.

However, the most significant controversy took place behind the scenes in the years after 2009, where apparently even the question of the future form of the Islamic Republic was discussed. The line of conflict ran primarily between two groups: On one side stood the Ahmadinejad government and its supporters, a power-conscious new elite that came primarily from the ranks of the Pasdaran and which at that time increasingly openly demanded power in the state. On the other side stood the old elite, clergy and members of traditionally influential families. They combined both political and theological concerns about the course of the Ahmadinejad government and fear of losing their privileges.

As a result of the 2009 elections, the Grand Ayatollahs, Iran’s highest religious authorities, increasingly took a public position. While the deceased Ayatollah Montazeri repeatedly denounced human rights violations and supported the opposition with legal opinions (fatwa), Ayatollah Mesbah Yazdi stood behind Ahmadinejad and his supporters.

The conflict within the system continued on June 3, 2010, the 21st anniversary of Ayatollah Khomeini’s death. After the leader of the Revolution Khamenei and President Ahmadinejad, a representative of the Khomeini family, in this case his grandson Hasan Khomeini, traditionally spoke at the official mourning event. After his speech was repeatedly interrupted by supporters of the government, he broke it off, left the podium and slapped the interior minister in the face. (The video of this speech was quickly deleted from YouTube.)

That the Ahmadinejad government subsequently tried to oust political opponents from the centers of power was evident in December 2010 when the President dismissed Foreign Minister Manutscher Mottaki (which the President is not allowed to do without the approval of the revolutionary leader) during this was on a trip abroad. Although the exact causes have never been made public, it is obvious that ultimately power struggles within the government were the reason for this too. Mottaki was considered a close ally of Ahmadinejad’s great rival Ali Larijani.

The final years of Ahmadinejad’s presidency were marked by sometimes violent clashes within the Iranian leadership. The creeping disempowerment of the recently deceased Ali Akbar Rafsanjani, the former president (1989-97), is a clear indicator. He had been part of the establishment of the Islamic Republic since 1979, his family was – and is – influential, very wealthy and for a long time inviolable. However, since Rafsanjani engaged in public disputes with Ahmadinejad in the course of the 2009 elections, the latter has ceased to apply. In November 2010, one of his sons and daughter were arrested. At the beginning of March 2011, another son resigned as head of the Tehran Metro, as the government allegedly withheld subsidies from the Metro because he was its head. A little later, Rafsanjani himself lost the chairmanship of the influential Council of Experts. Since then he has only been chairman of the Arbitration Council, and the Guardian Council also rejected his renewed candidacy for president in 2013. However, he continued to be one of the richest men in the country.

The struggles within the power apparatus at this time can be seen most clearly in the competition between Ahmadinejad and Khamenei themselves. The conflict reached its first climax at the beginning of April 2011. After the revolutionary leader refused to accept a further dismissal of a minister planned by Ahmadinejad and left secret service minister Haidar Moslehi in office, the president boycotted the cabinet meetings for eleven days. So he wanted to force his supporters and opponents to show their colors publicly. However, since the Pasdaran quickly (and apparently surprisingly) admitted that such a gesture against the revolutionary leader was unacceptable, Ahmadinejad recognized that he had lost the direct argument and returned to his office.