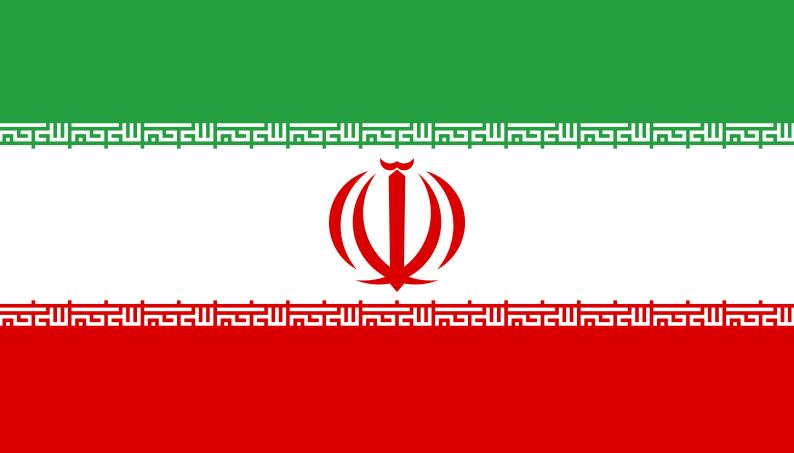 Form of government and head of state

Since April 1, 1979, Iran is officially a republic, an Islamic Republic (pers. Dschomhuri-ye Eslami). The state system combines republican and “theocratic” elements. It is based on Khomeini’s concept of “velayat-e faqih”, the “representative body of the legal scholar”. This concept – which was controversial at the time of its creation and is still not today – states that only an outstanding religious scholar is able to lead a legitimate government until the 12th Imam, the eschatological salvation figure of Shiite Islam, at the end return of time and usher in an age of peace and justice. This legal scholar is the head of state of Iran with the title “Leader of the Revolution”.

Political power is based on the constitution of the Islamic Republic, the first version of which was adopted by referendum on December 3, 1979. At the end of the 1980’s, it was revised again at the behest of Khomeini and came into force in a new form on July 8, 1989. It is officially in place until the day the 12th Imam returns. The constitution of the Islamic Republic of Iran is the only one on earth that sees itself as only temporary (the situation of the German Basic Law is left out of the picture).

According to ezinereligion, the electoral system of the Islamic Republic is based on the electorate, i.e. every Iranian citizen aged 16 and over. The people elect the parliament, the president and the council of experts [see below]. However, the choice is not the actual basis of political legitimacy, which according to the “velayat-e faqih” can by definition come from God alone. The parliament has 290 seats and is elected directly by the people every four years. The main task of parliament is to draft new laws that have been introduced by the government. However, it also has the opportunity to initiate new laws itself.

The system of the Islamic Republic has no political parties. In theory, each candidate only competes for himself. In practice, however, there are associations of MPs that come very close to our (German) ideas about parties. One of the more important such alliances in recent years is the “Participation Front of Islamic Iran” (IIPF) around ex-President Mohammad Khatami. However, this alliance has been de facto banned since 2010, even if the relevant legal proceedings are still pending. For a selection of Iranian ‘parties’ see (Wikipedia, and therefore always to be treated with caution): Front of Islamic Revolution Stability, Islamic Coalition Party, Executives of Construction of Iran Party, Alliance of Developers of Islamic Iran, United Front of Principlists, Democracy Party of Iran, Reformists Front, Moderation and Development Party, Union of Islamic Iran People Party, Front of Comrades for the Effectiveness and Transformation of Islamic Iran, Coalition of the Sweet Scent of Servitude, Society of Devotees of the Islamic Revolution.

In addition to parliament, the people elect the council of experts every eight years. This consists of 86 clergymen of medium rank. The tasks of the Expert Council also include the election of the revolutionary leader and his control. If he no longer meets the requirements for his office, the Expert Council can (theoretically) remove him. A member of the Expert Council is Reza Ramezani, the former chairman (until 2018) of the Islamic Center Hamburg, which is controlled by the Islamic Republic of Iran.

The Iranian President is elected directly by the people every four years. He heads the government, whose cabinet he appoints. The cabinet members, however, have to be confirmed by parliament. The president is the head of the executive. He also represents the state externally and signs international treaties. Nevertheless, his actual power is limited, since the revolutionary leader has or can have the last word on all questions.

The administrative system of Iran is based on the model of the old Prussia, most of today’s administrative borders emerged after World War II. On the first level of the administrative structure, the Iranian state today consists of 31 provinces (ostan) of very different sizes and population. Province 1, Tehran, is small in terms of area but has a large population, while Province 22, Kerman, is large but sparsely populated. The provinces are in turn divided into districts (shahrestan), districts (bakhsch), cities (schahr) and districts (dehestan). The exact numbers of the individual categories vary, especially below the provincial level, as units are repeatedly divided or merged.

This administrative system should not hide the fact that Iran is a classic central state. The provinces have no relevant political powers comparable to those of the German federal states; Laws are made in Tehran alone, for example, and the central government there makes all the important decisions. The provincial governors, who then have to implement these decisions locally, also have only limited competencies in areas such as economic development, culture and tourism. In addition, they are not elected directly, but are used by the government in Tehran (more precisely the interior minister).