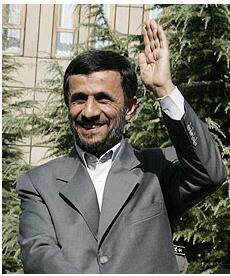 On June 14, 2013, the successor to President Ahmadinejad was elected, who was not allowed to run again after two terms. Of the almost 700 applicants, eight candidates were ultimately approved by the Guardian Council, including members of the more reform-oriented forces around the former President Khatami as well as traditional conservatives. The best-known non-admitted applicants included former President Rafanjani and Esfandiar Maschaie, a close confidante of Ahmadinejad. The winner of the election was Hasan Rouhani, somewhat surprisingly already in the first round with just over 50% of the vote. The former member of the Expert Council, chief negotiator in the negotiations on the Iranian nuclear program between 2003 and 2005 and long-time head of the National Security Council is regarded as a reformer, especially in Western media. Regardless of this, he is also a man of the system. While Rouhani quickly initiated a departure from Ahmadinejad’s internally and externally confrontational policies in many areas, his loyalty to the system of the Islamic Republic is also beyond question.

A new parliament was elected on February 26, 2016, after the Guardian Council had previously rejected around half of the applicants. According to the Iranian Ministry of the Interior, the turnout was around 60 percent, roughly in line with the trend in the previous elections. Before that, President Rouhani’s supporters in particular courted non-voters during the election campaign. The central topic of the vote was the economic situation of the Iranians, the agreement in the dispute over the issue of the Iranian nuclear program, which is still topical today, and the resulting temporary lifting of international sanctions. The reform-minded candidates who supported Rouhani and are now more represented in parliament than they have been since 2004 saw gains. while the conservatives and especially the political hardliners suffered losses. As a result, neither of the two camps was able to win a majority in parliament.

Election of the Expert Council 2016

At the same time as the parliamentary elections, the Council of Experts was also re-elected – in view of the fact that it, in theory, has to elect the new revolutionary leader and that incumbent Khamenei is old and allegedly ill health (a claim that has been heard for years), an unequal one more significant choice. However, the Guardian Council had previously rejected around 80 percent of all candidates (including Hasan Khomeini, the grandson of the state founder, which deepened the rifts within the religious and legal scholars even further). Here, too, the reformers secured some important seats. This is especially true in Tehran, where among others some of the figureheads of the conservatives like Ayatollah Mohammad Yazdi, the previous chairman of the Expert Council, Ayatollah Mohammad Mesbah Yazdi, spiritus rector of the former President Ahmadinejad, as well as Ayatollah Ahmad Dschannati, the chairman of the Guardian Council, initially only ended up in the back seats.

A new president was elected on May 19, 2017. Of the originally more than 1,500 applicants who had originally registered, only six candidates were ultimately admitted by the Guardian Council, two of whom later withdrew. After wrangling in advance whether the former president Mahmoud Ahmadinejad again compete should (as the Guardian Council finally rejected), Incumbent Hasan Rouhani was finally confirmed by 57 percent of the vote in office. His most important competitor Ebrahim Raisi, at the time the influential chairman of the Imam Reza Foundation and today’s chairman of the Iranian judiciary, received 38 percent. The turnout was 73 percent. In addition to the degree of social freedom, which is always important for young Iranians in the big cities, economic policy once again determined a good part of the election campaign.

According to homosociety, a new parliament was elected on February 21, 2020. According to the Iranian Interior Ministry, voter turnout was only around 42.5 percent, significantly lower than in the last elections and the lowest voter turnout since the Iranian revolution of 1978/79. In Tehran in particular, participation in the election was low, where it was only 30 percent. The main reason for this is that many supporters of reform-oriented candidates, especially those from President Hasan Rouhani’s camp, stayed away from the election, as many of these candidates had not been admitted to the election by the Guardian Council. Revolutionary leader Khamenei, however, saw the low turnout as the result of a campaign by foreign media.

In addition to the exclusion of many candidates, the general political situation can also be considered a reason for the low turnout. Supporters of the reformers in particular are disappointed that President Rouhani has so far not been able to keep his promises with regard to the opening up and liberalization of the country – a disappointment that has also hit previous reform-minded presidents. In addition, the economic situation of many Iranians, who also played a central role in this election, has not improved in recent years.

The conservatives, who could predictably better mobilize their electorate, are thus the clear winner of the election, which despite everything is rated as a success in the Iranian state media. In Tehran, the conservatives won around all of the 30 seats to be allocated in parliament.