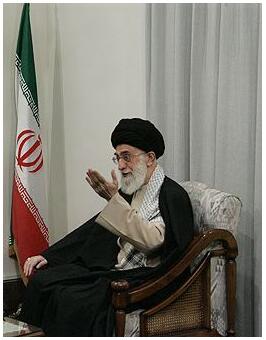 According to historyaah, there are no political parties in Iran like there are in Germany, but there are associations of MPs. In the meantime, two main political camps have established themselves, whose arguments often shape the political debate: a more conservative camp and one that is more open to reforms. However, since all candidates for political offices, including those for parliament, must first be approved by the Council of Guardians, far-reaching changes cannot be achieved through elections and many representatives of both camps, both of which are part of the system of the Islamic Republic, are not wanted either. The difficulties in carrying out even smaller reforms had to be found again and again in the last few years, especially, if not exclusively, by the “reformers”.

With the election of Mohammad Khatami with 70% of the vote, the political establishment had to recognize in 1997 at the latest that there was a broad desire for change in the population (as was the hope, at least at that time, that such change could actually be achieved). Although Khatami was and is a man of the system and not the democrat whom he has often been stylized as in Western countries, he nevertheless tried to implement changes within the framework of this system. This project was made more difficult by the fact that he had to deal with sometimes fierce resistance from the Guardian Council from the start. After the 1999 student protests, which were violently suppressed by the state, his reform camp received further impetus and was able to win an absolute majority in the Iranian parliament in 2000. As a result, Khatami was able to pass his press law, which aimed at easing censorship and which, in retrospect, can be considered one of his most important political projects.

In 2001, Khatami was re-elected with 77% of the vote. Politically strengthened by the broad support of the population, he introduced two laws that were supposed to end the stalemate of his first term in office. The first should limit the powers of the Guardian Council to reject candidates and laws, the second should enable the president to sanction violations of authority by political organs. Both laws were thus aimed at shifting actual power from the unelected to the elected institutions of the state. However, their consequences would have been so far-reaching that – viewed in retrospect – they had to fail. The Guardian Council rejected both of them as inconsistent with the Constitution.

Disillusioned with the reformers’ limited opportunities, many voters stayed away from the polls in 2004, the turnout was only around 50%, and the Conservatives regained their absolute majority in parliament. After Mahmoud Ahmadinejad’s victory in the presidential election the following year, the conservatives again dominated politics in the following years.

When Mahmoud Ahmadinejad was re-elected with 62% of the vote, protests broke out in large parts of the country, especially in the big cities. The reason was allegations of massive election fraud by the government. To this day, these can neither be definitively confirmed nor refuted, but there is a lot to be said for them. According to official information, Ahmadinejad also won the home communities of his most important challengers, although Iranians tend to vote here with great regional awareness. There were also various irregularities in the ballot papers.

In response to domestic political pressure, Ayatollah Khamenei had parts of the votes counted again, but this did not change the official result. In the weeks that followed, mainly young Iranians took to the streets and demonstrated for a repeat of the election. Mir Hosein Musavi, one of the defeated candidates, became the beacon of hope for the protest movement. In the course of the demonstrations, the demands became more and more extensive, some participants de facto even called for the end of the Islamic Republic. By adapting forms of protest from the Iranian Revolution of 1978/79, the demonstrators also made it difficult for the state to argue against it or even to ban it. As a result, the political leadership finally decided to stop the demonstrations by force.

In addition to the regular police units, it was above all the Basij militia, directly subordinate to the Pasdaran, that repeatedly used violence against demonstrators. In addition to popular discontent, the protests also revealed tensions within the regime. It was precisely at this time that it became clear that the Pasdaran, whose members Ahmadinejad had often brought into important positions during his first term in office, no longer seemed willing to unconditionally follow the clergy. On the contrary, they now made their own claims ever more clearly, for example by the president publicly contradicting the revolutionary leader several times – a previously unthinkable process.

On March 2, 2012, a new parliament was elected. The voter turnout, after the controversial presidential elections of 2009 regarded by many observers as a barometer of sentiment, was over 60 percent according to official figures, but far lower according to unconfirmed figures. At least parts of the opposition outside and inside Iran called for a boycott, as a fair vote was not to be expected. Many candidates who were assigned to the reformers were not allowed to stand for election or did not run at all. The conservatives, who supported revolutionary leader Khamenei, were able to achieve growth, while Ahmadinejad’s supporters suffered losses. Among other things, his sister was not re-elected