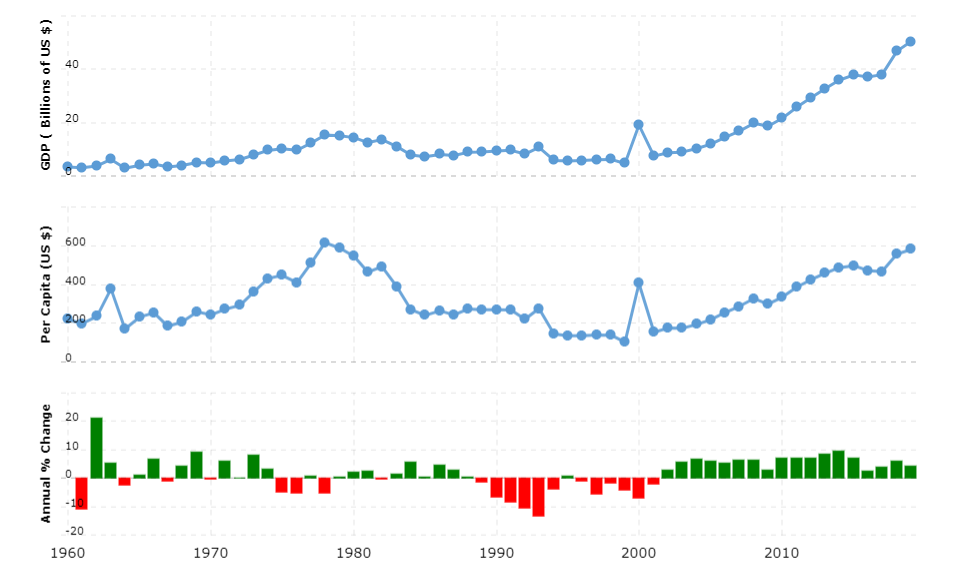 The Democratic Republic of the Congo was formerly called Zaire and is also known as Congo-Kinshasa.

According to Countryaah, the Democratic Republic of the Congo (DRC) is one of the largest states in Central Africa in terms of area. It borders the Central African Republic, Sudan, Uganda, Rwanda, Burundi, Tanzania, Zambia, Angola, the Republic of the Congo and has a small entrance to the Atlantic. The DRC’s access to the Atlantic was created through a corridor through Angola.

The travel options are as varied as the country is. The Democratic Republic of the Congo has wonderful beaches, vast lakes and valleys, high mountains, dry savannas with countless wild animals and offers many cultural events in the form of street theater, traditional music and traditional festivals, as well as galleries and open workshops where artists and sculptors are open Road work.

If that’s too much for you, just discover the tranquility and diversity of the Congo River and take a boat along the border of the Republic of the Congo.

The wars in the Congo region were long and bloody. The country has not recovered to this day and is therefore little developed for tourism. However, travel safety has improved significantly since 2003.

Like its neighboring country Burundi, the Congo lies on Lake Tanganyika. This lake is one of the oldest, longest and deepest freshwater lakes on earth. And luckily, due to the timely turning in, ecologically still quite intact. The most important port cities on Lake Tanganyika are Bujumbura in Burundi, Sumbu in Zambia and Kalemie in the former Zaire.

There is currently no national airline. The Democratic Republic of the Congo is served by Air France (AF) via Paris, Brussels Airlines (SN) via Brussels , South African Airways via Johannesburg and Kenya Airways (KQ).

There are connecting roads to almost all neighboring countries. The border with Rwanda can be closed at any time. Roads are in very poor condition and often impassable when it rains. Most of the border areas are closed or very dangerous.

There are rail connections to Dar es Salaam (Tanzania), Zambia, Zimbabwe, Mozambique and South Africa. The use of the route to Lobito (Angola) is not recommended due to the tense political situation. The inland routes are often interrupted.

Travel within the country is only possible to a very limited extent. For trips to the mine areas, especially the two Kasais, a “drinking conduit” is required. A “Laissez-Passer Special” from the Minister of the Interior is no longer officially required for trips outside the province of Kinshasa, but it is possible that this new regulation will not be implemented everywhere.

Visitors are not allowed to hitchhike or use public transport or vehicles or motorcycles with foreign license plates. Tourist trips to the DR Congo are not possible under the given circumstances. There are currently no security concerns about traveling to the capital Kinshasa and the neighboring provinces of Bandundu and Bas-Congo, but there is no tourist infrastructure.

Travel within the country is only possible to a very limited extent. For trips to the mine areas, especially the two Kasais, a “drinking conduit” is required. Visitors are not allowed to hitchhike or use public transport or vehicles or motorcycles with foreign license plates. Tourist trips to the DR Congo are not possible under the given circumstances. There are currently no security concerns about traveling to the capital Kinshasa and the neighboring provinces of Bandundu and Bas-Congo, but there is no tourist infrastructure.

There are connections from N’Djili Airport in Kinshasa to 40 airports and 150 runways. Small planes can be chartered. The country’s airports and aircraft are in no way up to international standards.

Due to inadequate maintenance, the roads are in extremely poor condition and only passable in the catchment area of larger cities and urban areas. The few roads can only be used with trucks or four-wheel-drive vehicles. The roads are often impassable during the rainy season. Roadblocks must be observed. Car thefts and robberies occur.

Buses connect the larger cities, but they are overcrowded and often don’t keep to the timetables.

Rental cars are available at the airport.

The main route runs from Lubumbashi to Ilebo, with branch lines to Kalemie and Kindu and from Kinshasa to Matadi. The railroad between Kinshasa and Matadi runs twice a week, and there are frequent derailment accidents. The railway lines in the interior of the country are partially threatened or interrupted by armed groups. The trains are generally not very comfortable, luxury and 1st class compartments – where available – correspond to European standards. There is no air conditioning, the main trains have dining and couchette cars. The train traffic is unreliable.

The Congo is navigable for 1,600 km; ferries run between Kinshasa and the upstream ports of Kisangani and Ilebo. Because of the tense political situation and fuel shortages, ferry connections are very unreliable.