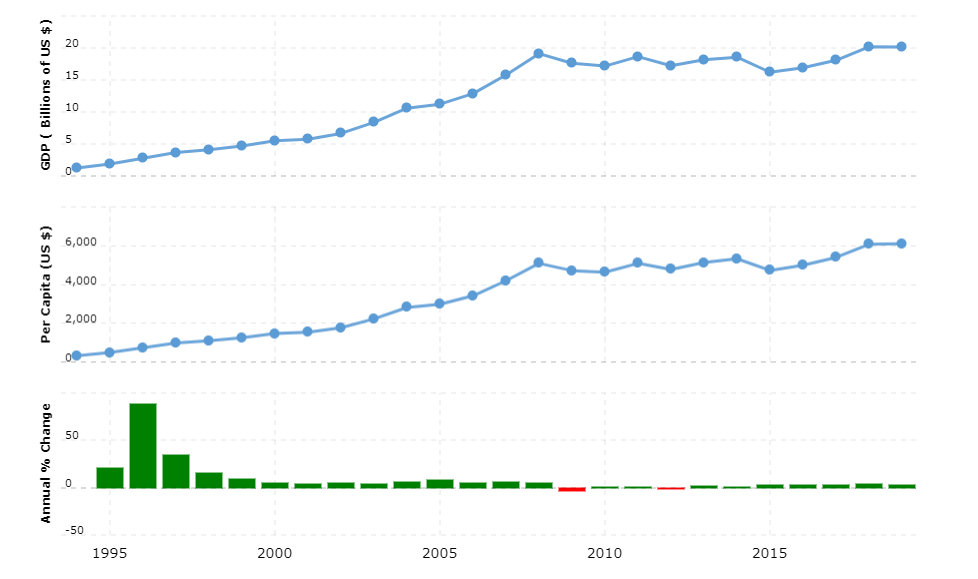 Bosnia and Herzegovina is a beautiful country with confusing natural landscapes, diverse cultures and traditions.

According to Countryaah, Bosnia and Herzegovina covers around 50,000 km2. The north and the center of the country are called Bosnia. The name is said to come from the old Indo-European word “bosana”, which means water. The southern part of the country around the ancient Hum region, which was ruled by Duke Stjepan Kosača after the Ottomans conquered it, is called Herzegovina.

Travel time to Bosnia and Herzegovina

Bosnia and Herzegovina can be visited at any time of the year. Spring and summer are the most classic travel times as the warm seasons with lots of sun. Skiing is perfect in winter. In 1984 the Winter Olympics took place in Sarajevo. January to March is the best time to ski in Bosnia and Herzegovina. The Olympic mountains Bjelašnica, Igman and Jahorina are ideal for skiing. If you want to avoid the stress, October and November are ideal. Orange, yellow and red tones that completely cover the woods bring an autumn mood.

Sights and travel destinations in Bosnia and Herzegovina

The main destinations are Mostar and Sarajevo. Sights are the Old Bridge of Mostar, magnificent historical church buildings and mosques and the winter sports areas around Sarajevo (Jahorina, Bjelašnica). You can go rafting and kayaking on the Neretva, Una and Drina rivers. Near Mostar is the pilgrimage site Međugorje, which became famous in the 1980s for the apparitions of Mary.

In the region around Sarajevo you can visit Bjelašnica and Igman, Lukomir / Umoljani, Jahorina, Ilidža, the Sutjeska National Park, the upper Drina Valley or the Rakitnica Gorge. Sunny Herzegovina has tourist highlights of Mostar, Međugorje, Neum, Lake Boračko, Blidinje Nature Park and the Hutovo Blato bird reserve. Central Bosnia invites you to visit the Vlašić Mountains and the Tajan Nature Park. The untouched northwest is home to Banja Luka, the area around the Pliva river, the Bardača bird reserve, the Una river and the Prijedor / Kozara National Park. In northeastern Bosnia, Tuzla and eastern Posavina should be mentioned.

In Bosnia and Herzegovina, bears, wolves, chamois and eagles can be found, which can also be observed. Breathtaking landscapes invite you to go hiking and mountain biking. The untouched nature and mountainous wilderness that are characteristic of the central Dinaric Alps are a paradise for nature lovers and adventure seekers.

Sarajevo is the city that is changing the fastest in Europe. Its history has taken on influences from east and west tradition and enchants with its oriental old town and the lively Austro-Hungarian city center. With new hotels (Hotel Sarajevo) and a lively nightlife there is no boredom. Sarajevo Airport has direct connections to Vienna, Zagreb, Milan, Frankfurt, Munich, Budapest, Ljubljana, Istanbul and Prague.

The traditional cuisine of Bosnia and Herzegovine consists largely of meat dishes and the portions are plentiful and large. A major influence comes from Turkish cuisine. Specialties include Bosanski Lonac, Ćevapi (Cevapcici), Lokum (Turkish honey), Pita (Pide). There are also Sogan Dolma, Somun, Japrak, Baklava, Halva, Burek, Sarma and much more. The local alcoholic drinks in Bosnia and Herzegovina taste excellent, regardless of whether they are made from plums, pears, apples or grapes. They are usually very strong and with an alcohol content of more than 40%. Slivovitz (plum schnapps) and pear schnapps are classic for Bosnia. The specialty of Herzegovina and Dalmatia is brandy.

Particularities: The political system of Bosnia-Herzegovina is strongly structured according to the three dominant ethnic groups. There are three presidents with equal rights, two different types of judiciary and de facto autonomy for the two member states before the central state.